(Columbia) Sue-Ann (“Susie”) Gerald Shannon has been elected to serve on the South Carolina Research Authority (SCRA) Board of Trustees.

Susie is President & CEO of the South Carolina Council on Competitiveness 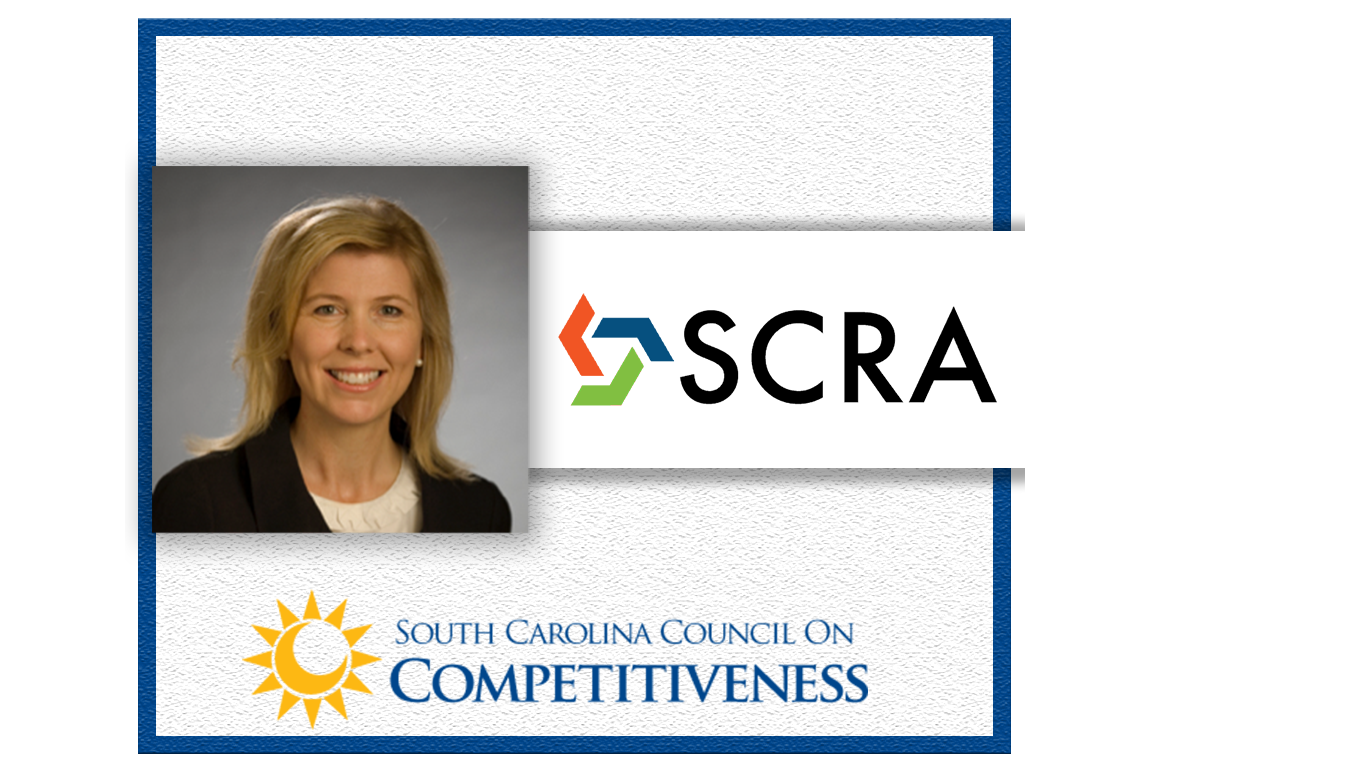 (the Council), a nonpartisan, business-led, nonprofit organization that drives South Carolina’s long-term economic growth by stewarding the state’s industry clusters and providing the research, network, and resources that industry clusters require to thrive.

SCRA is a public, non-profit corporation chartered by the state of South Carolina that fuels the state’s innovation economy by accelerating technology-enabled growth in research, academia, entrepreneurship and industry. SCRA brings together key players in innovation and focuses on three areas defined by working in close alignment with academic institutions, entrepreneurs, and industry.  These areas are: Advanced Manufacturing & Materials; Information Technology; and Life Sciences.

As a member of the Board of Trustees, Susie will join colleagues from around the state in an advisory role that counsels the Executive Committee on the actions recommended by the Board, thereby ensuring that SCRA effectively executes its mission.

As President & CEO of the Council, Susie has worked to strengthen the Council’s network of partners and supporters and has increased the organization’s engagement with the business community. In 2018, the Council released several industry studies, including an aerospace economic impact study demonstrating the industry’s nearly $25 billion total economic impact on South Carolina and a logistics study showing Dillon, S.C. as the top location for distribution/warehousing operations.  Susie also continues to help spearhead education initiatives with the Council’s signature education program, TransformSC, growing to include 67 schools and 7 entire school districts. Recently, she was 1 of 23 statewide education stakeholders tapped to participate in a field study of public schools in Finland.

Susie has been recognized as one of Columbia Business Monthly’s 50 Most Influential People in Business for two consecutive years — 2017 and 2018 — and was the subject of a 2018 feature article in SC Manufacturing Journal.

For 13 years, Susie served on a senior strategic team overseeing the work of a network of organizations seeking to transform local areas into economically-vibrant communities.  She also worked as Director of Research for Palmetto Institute, an independent research foundation whose issues include Teach For America, The Benefit Bank® of South Carolina, tax reform, commercialization, agribusiness, entrepreneurship training in rural areas, and workforce quality.  Susie practiced law for many years in the Columbia office of McNair Law Firm, P.A., in its Administrative-Regulatory section. She also served in the U.S. Army Reserves and is a Veteran of the Gulf War.

In 2015, she was appointed by Governor Haley to serve on the Board of Commissioners for the South Carolina State Housing Finance and Development Authority. Susie also serves on the EPSCOR State Advisory Committee, SC Automotive Council, and on the Strategic Partner Advisory Board for the Department of Commerce Coordinating Council for Workforce Development.  She is Chair Emeritus of SC Thrive (includes The Benefit Bank® Program of S.C.) and is a member of the board of directors for Central Carolina Community Foundation.

Susie is a graduate of the Riley Institute Diversity Leaders Initiative and the Nonprofit Leadership Institute of Francis Marion University, and is a member of Liberty Fellowship (Aspen Global Leadership Network).

As a member of the SCRA Board of Trustees, Susie looks forward to bringing her background and experience to the organization as it continues its work to grow South Carolina’s innovation economy.