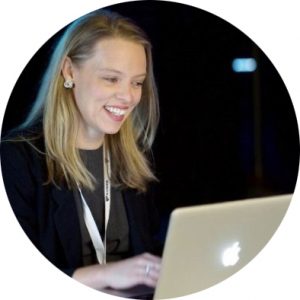 Summer Ramsey, communications director for the South Carolina Council on Competitiveness, is one of 43 leaders from across the Upstate and surrounding areas selected to participate in the 22nd Upstate class of the Riley Institute at Furman’s Diversity Leaders Initiative (DLI).

“We are excited to welcome these accomplished people into DLI. The relationships they will form and tools they will gain over the course of the DLI program will support their progress as passionate and influential leaders in the state,” said Dr. Don Gordon, executive director of the Riley Institute.

Ramsey has served as the Communications Director for the South Carolina Council on Competitiveness since 2013.  During her tenure, she has executed several strategic communications initiatives, including a re-branding of the organization and a targeted expansion of the organization’s media outreach.  She has planned and executed a variety of events, including conferences with more than 700 attendees.  She also led the branding, strategic messaging and marketing during the planning and launch of the Council’s aerospace cluster (SC Aerospace).

“The Diversity Leaders Initiative and the statewide network of Riley Fellows play a key role in moving our state forward through respectful dialogue and action.  We are tremendously proud that Summer has been selected to this year’s class and look forward to what her participation will contribute to the SC Council on Competitiveness and our state more broadly,” said Ann Marie Stieritz, president & CEO of the Council.

Participants reflecting South Carolina’s demographics and representing the corporate, nonprofit, education, faith-based and government sectors are chosen by nomination and application. “The frames of reference and skills that DLI graduates share provide a remarkable platform for working together to help South Carolina compete in the 21st century,” Gordon said.

Poised to join more than 1700 Riley Fellows from across the state, class members meet for five months in a format driven by timely, relevant case studies and other experiential learning tools designed to maximize interactions and productive relationships among program participants.