(Columbia, SC) The South Carolina Council on Competitiveness named Stephen Astemborski the new director of SC Aerospace, effective immediately. He succeeds Adrianne Beasley, who was named the Director of Strategy & Communications for the Council in July. 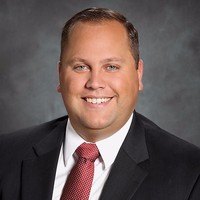 “Stephen is the perfect person to lead the SC Aerospace initiative as the industry leverages its strength to adapt to new market realities,” said Susie Shannon, President and CEO of the South Carolina Council on Competitiveness. “His experience in the aerospace industry, as well as supply chain management, makes him uniquely-suited to connect, support, and grow the aerospace cluster in the state. That supply chain expertise and knowledge of manufacturing will also be a valuable asset for other Council programs, such as its SC Logistics Industry Initiative and SC Fraunhofer USA Alliance.” Shannon continued.

Astemborski joins the Council after working as a Manufacturing Projects and Initiatives Specialist for GE Aviation’s Operational Excellence Team. As one of the original members of the team, he worked with aviation suppliers to improve delivery of parts to GE Aviation shops. He has also worked as a Team Coach, Product Quality Engineer, and Operations Leader for GE Aviation and GE Power in both Greenville, South Carolina and Schenectady, New York.

“With more than 400 aerospace companies, 55,000 aerospace employees, and a $24.8 billion impact in the state, it’s more important than ever to dedicate the resources to support and grow this important industry sector,” said Don Myers, Director of Aerospace Sales and Marketing at Toray and Chair of the SC Aerospace Advisory Board. “Adding Stephen to the team demonstrates our commitment to helping SC Aerospace thrive.”

Stephen resides in Greenville. He graduated from the United States Military Academy at West Point, where he earned a bachelor’s degree in mechanical engineering with honors. Prior to starting a civilian career, Stephen was an officer in the United States Army.